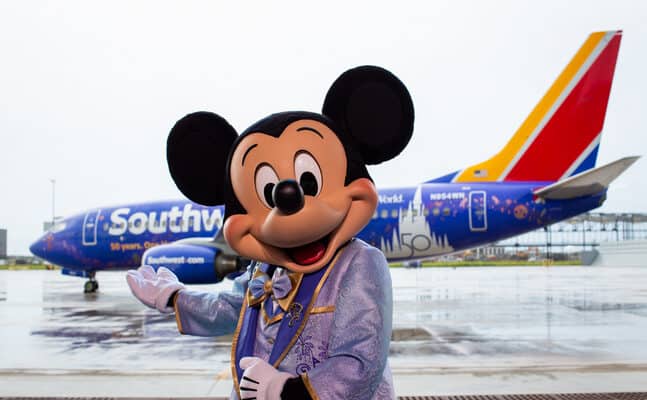 Sometimes we believe that Disney magic can only exist within Walt Disney World Resort and Disneyland Resort, or in the movies, but that’s not the case.

Last week, KTSM, a television news station based in Texas, reported a story of a family who had vacationed at Disneyland Resort. After getting their Christmas shopping done and heading back home, they were distraught to find out that their luggage fell off a Southwest Airline cart on the tarmac and was run over.

As a result, all of the merchandise purchased at the Parks was lost.

But, the story didn’t end there.

KTSM recently posted an update to the story and the family shared that a representative from the Walt Disney Company reached out to them after hearing the report and promised to replace the damaged merchandise, wrap it, and have it ready by Christmas.

On Thursday, we first shared the story of a family, whose Christmas was seemingly ruined after their souvenirs from Disney were destroyed when the luggage they were in fell off a Southwest Airline cart on the tarmac and were run over.

Sometime after our story aired, officials with Disney were alerted to the situation and quickly jumped in to help. The family tells us that an executive in charge of the Disney stores at the park reached out to them and said that all the gifts bought in the park would be replaced, wrapped and ready by Christmas morning.

Friday morning, a ‘Care Package,’ courtesy the Disney Store at the Outlet Shoppes at El Paso showed up on their doorstep, to hold Kaila and her parents over until the replacement gifts arrive on Christmas day.

Kaila’s father shared that he’s eternally grateful and beyond happy that his daughter’s Christmas was saved: “I cannot express my gratitude in words, I was speechless. I didn’t know what to say, my eyes watered up. I can’t believe the kindness and compassion that Disney has.”

Disney even had a care package courtesy of the Disney Store at the Outlet Shoppes at El Paso delivered to their home on Christmas Eve morning.

What an amazing story of Disney going above and beyond the call to make sure this family, in particular their daughter, experienced that special magic this holiday season.

Do you have a story of Disney going above and beyond for your family? Share it with us comments.