Got A PS5 For Christmas? The BEST PlayStation 5 Games You Must Buy | Gaming | Entertainment – Swift Digital News Agency 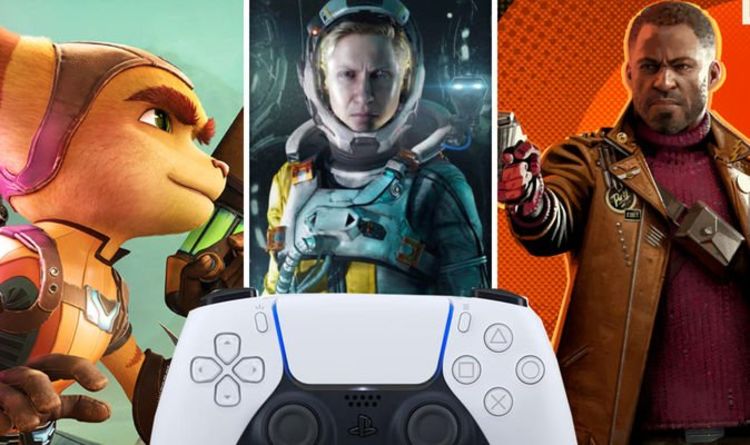 Despite universal shortages, the PS5 is still extremely difficult to get hold of.

Sony’s ultra-powerful new console launched with over 30 games, not to mention hundreds of backwards compatible PS4 releases that look and play better on the next-gen machine.

While there hasn’t been a ton of exclusive games in the year since, the PlayStation 5 games that have launched are excellent.

If you were lucky enough to receive a PlayStation 5 console for Christmas, then I’ve picked out a selection of the best games to look out for in the January sales.

Returnal is a strange mixture of third-person shooter, bullet-hell arcade action, roguelike mechanics and full-blown horror. After crash-landing on a shape-shifting alien planet, protagonist Selene finds herself fighting tooth and nail for survival. Again and again she’s defeated, forced to restart her journey every time she dies. Don’t get too comfortable, though, because the planet will be slightly different every time you retry.

Souls enthusiasts will be delighted to learn that this is a brutally hard game, which will require many hours of perseverance before you see the credits roll – but when they do, you’ll be not only happy you got more than your money’s worth but so empowered that you’ll feel like a gaming god.

Ratchet and Clank: A Rift Apart…

Ratchet and Clank are back in a colourful and charming adventure that harnesses the power of the PlayStation 5. After the game’s villain opens an unstable cross-dimensional portal, Ratchet, Clank and resistance fighter Rivet form an alliance to overcome this catastrophe.

Needless to say, the game features a wealth of unique and innovative weapons, expert platforming and over-the-top set-pieces. It also takes advantage of the DualSense controller, with advanced haptics and trigger resistance.

A true game of the year contender, Deathloop is the latest game from Dishonored studio Arkane. The game sees rival assassins trapped in a timeloop on the island of Blackreef. The only way to escape the loop is by assassinating eight targets before the day resets.

An intriguing premise is made all the more interesting by the inclusion of PS5 exclusive features, such as DualSense haptic feedback and adaptive triggers. You’ll need to unlock powers, learn secrets and experiment to truly master the art of assassination and stop the loop.

The original entry in the Soulsborne saga laid the foundations for the hugely influential games that would follow, featuring the same punishing difficulty, oppressive atmosphere and impeccable level design that would become staples of the series for years to come.

The only problem with the original Demon’s Souls is that it kind of flew under the radar at launch, and would never enjoy the same mainstream popularity as its successors. This is why a PS5 remake is such a good idea.

Indeed, whether you played the original PS3 release or it completely passed you by, the PS5 remake is a must-own launch title. The development team has done a great job of making the kingdom of Boletaria look better than ever, without messing around with the classic Souls gameplay.

If you played the original Spider-Man game on the PS4, then Miles Morales should already be top of your next-gen games list. The Spider-Man sequel shifts the focus away from Peter Parker and onto rookie superhero Miles Morales, who must fill in for the established Spider-Man while he’s on holiday.

Without wishing to enter spoiler territory, Miles Morales tells a captivating story that’s full of twists and turns, and has some of the most likeable characters in any video game ever.

Even if you’re not that in to superheroes, there’s no way you won’t have fun just swinging around the city, beating up bad guys, and taking selfies with passers-by. Also, check out the next-gen lighting and reflections. Wow!

What a delightfully charming game! Much like Astro’s Playroom (which I haven’t mentioned due to it launching as a freebie with the console), Sackboy’s Big Adventure is another title that gives you a taste of what the DualSense controller is capable of.

Not only do you feel every jump, bounce and fall thanks to the controller’s advanced haptics, but the upgraded visuals mean you can pick out every single frayed stitch and worn out piece of fabric that adorns our loveable hero and the beautiful game world.

It’s also chock-full of innovative 3D platforming action that can be enjoyed solo or with friends. Indeed, there are some stages that are co-op only, giving you that perfect excuse to invest in another DualSense controller.

Denial of responsibility! Swiftheadline is an automatic aggregator around the global media. All the content are available free on Internet. We have just arranged it in one platform for educational purpose only. In each content, the hyperlink to the primary source is specified. All trademarks belong to their rightful owners, all materials to their authors. If you are the owner of the content and do not want us to publish your materials on our website, please contact us by email – admin@swiftheadline.com. The content will be deleted within 24 hours.