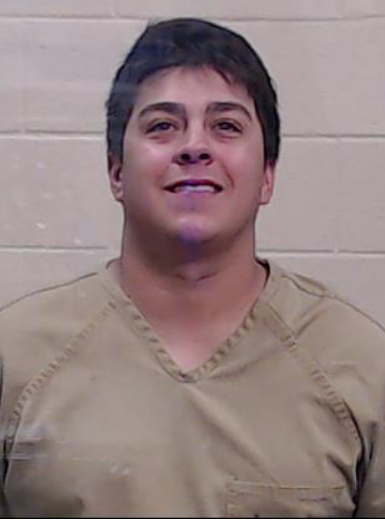 A 22-year-old man was arrested after he reportedly assaulted his girlfriend for the third time in the past 12 months.

On Aug. 14, the Odessa Police Department was dispatched to the 8000 block of Brownstone Road in reference to an active disturbance, a probable cause affidavit stated.

Officers reportedly made contact with L. Lopez, a home occupant and victim to this incident. Lopez stated that prior to officers arrival she and her boyfriend, Rios, had an argument escalated to her being pushed against a wall causing her injury as well as her property being thrown around by Rios.

Lopez stated she was able to push Rios out of the residence and locked the door while she called 911, the affidavit stated.

Rios wasn’t reportedly at the scene when officers arrived, but video was captured by Lopez supporting Rios making threats and demands to be allowed back into the home. In the video, Lopez tells Rios she wasn’t allowing him back in as this was the last time.

Lopez had bodily injury in the form of a scratch to her hand from the fight with Rios, the affidavit stated.

A review of OPD contacts with Lopez and Rios reportedly showed two prior incidents of family violence in the last 12 months where Lopez had requested OPD’s assistance after being assaulted. The cases dated March 12 and Dec. 30, 2020.

Rios was booked into the Ector County Law Enforcement Center on Dec. 4, jail records show. He had three bonds totaling $27,500 and posted bail on Dec. 6.