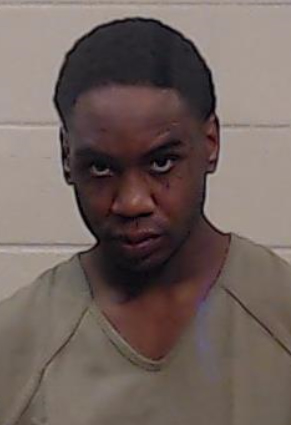 An Odessa Police Department probable cause affidavit detailed a 23-year-old man was arrested after he sexually assaulted a woman who was intoxicated.

Kavas Sueon-DeJohn Green was charged with aggravated sexual assault, a first-degree felony. He was also charged with false identification of a fugitive from justice, a class A misdemeanor.

On Oct. 23, a victim reported to OPD that she was sexually assaulted by two known persons. The victim will be identified through the pseudonym as “AL”.

AL detailed after reportedly buying the liquor they all went to an apartment where they visited for a few minutes. AL stated eventually she, her friend, Green and another male, whose name was also redacted as he hasn’t been arrested as of Wednesday afternoon, went to an apartment located across the street, which was later identified as the Parkway Oaks Apartment complex.

AL stated while she was in the apartment she consumed a lot of liquor and she became very intoxicated, the affidavit stated. AL stated during the night Green kept motioning to her to go into the bedroom, but she refused to do so.

AL detailed that she eventually got up and reportedly went to the bathroom, which was located inside the bedroom. While she was using the bathroom, she heard the bedroom door being locked. AL stated that when she exited the bathroom Green grabbed her by the hand and forcibly led her to the bed.

AL stated she tried to fight off Green and another male, whose name was redacted as he hasn’t been arrested as of Wednesday afternoon, but they overpowered her, removed her clothing and sexually assaulted her, the affidavit detailed.

AL reportedly told police during the sexual assault she cried out for help and her friend tried to enter the room, but the door was locked.

Due to her high intoxication level, AL was reportedly transported to Medical Center Hospital and it wasn’t until a few hours later when she was coherent enough that she advised medical personnel of the sexual assault.

A SANE exam was done and it showed trauma, the affidavit stated.

At 2:42 p.m. Nov. 27, officers were dispatched to the Peppertree Apartments, located at 4600 Oakwood Drive, in reference to a wanted subject, an OPD case report detailed. Officers made contact with a subject who matched the most recent booking photo for the wanted subject.

When asked for a name and a date of birth, the subject reportedly provided the name of “Arthur Glynn Thomas.” Officers re-advised the subject several times that he needed to be honest about his identify, but he maintained he was Thomas. When officers asked for his social security number, he stated he didn’t know it.

Booking photos confirmed his true identity was Green, the report stated. A record check showed he had a warrant for aggravated sexual assault.

Green was booked into the Ector County Law Enforcement Center on Nov. 27, jail records show. He has two bonds totaling $76,500 and was still in custody as of Wednesday morning.