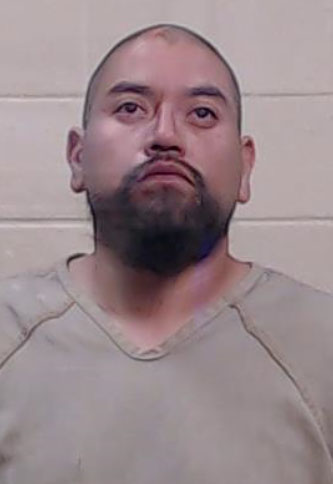 A Texas Department of Public Safety probable cause affidavit details a 35-year-old man was arrested after he was driving intoxicated and threatened to kill a state trooper.

The incident happened on Christmas when DPS troopers saw a 2001 Chevrolet Silverado drive over the centerline from the right hand lane two times, the affidavit stated. Troopers made contact with the driver, identified as Marquez.

Troopers say Marquez had bloodshot/watery eyes, slurred speech and an odor of alcoholic beverage coming from his breath/person. Marquez told troopers he had drank a 6-pack of tall boy beers.

Troopers administered a Standardized Field Sobriety Test and determined that Marquez was intoxicated, the affidavit detailed. Trooper N. Castellano attempted to place Marquez under arrest for DWI and he refused to be put in handcuffs after Castellano got the first handcuff on his right hand.

Marquez stated he would kill Trooper Hazel and his family, the affidavit detailed.

Marquez was booked into the Ector County Law Enforcement Center on Dec. 26, jail records show. He has four bonds totaling $9,500 and was still in custody as of Wednesday afternoon.