Traveling abroad for spring break opened my eyes to the world outside of the U.S. 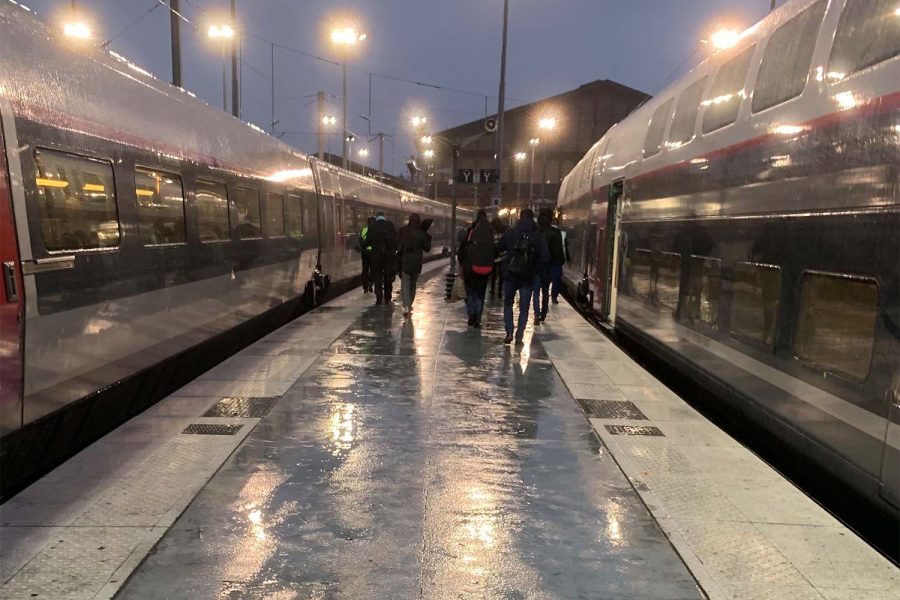 As a lifelong Iowan, I had never left the country until last week. In fact, I have only left the Midwest a few times. However, I had the privilege of traveling to Paris over spring break. As a naive Iowan abroad, I had little knowledge of what life looked like outside of the U.S.

Going from the Pentacrest to the Eiffel Tower was a stark transition away from the familiar Iowa City culture. While some things in Paris surprised me, and others didn’t, I found small aspects of everyday life to be the main differences between life in Paris versus Iowa City.

Owning a vehicle in Iowa is essential for travel across the state. In fact, Iowa has more cars per capita, with 1,050 cars per 1,000 people.

Unlike Iowa City, public transportation is the practical method for travel through Paris.

The Paris Metro contains 16 underground lines and connects to the city’s express train. There is no part of Paris where a metro station is not within 500 meters away, making this mode of transportation accessible to all.

Additionally, Paris is an interconnected city unlike Iowa City. Traveling longer distances is not necessary for simple tasks such as grocery shopping, visiting the doctor, or going to school. During my brief stay in Paris, I was able to travel the city through public transportation without ever needing a vehicle.

Of course, Paris’s infrastructure is older and established than most of Iowa City. Building Paris’ high-tech metro system underneath an established building like the Old Capital is an unreasonable goal, but that should not discourage our ability to evolve.

Vehicles are expensive to maintain and leave a large carbon footprint on the environment. In the U.S., the typical passenger vehicle emits about 4.6 metric tons of carbon dioxide per year.

Public transportation is more affordable and leaves a smaller carbon footprint. No one should have to be dependent on a vehicle. Like Paris, Iowa City should invest more in public transition to make it accessible to everyone.

In France, the average citizen generates 28 percent less waste per year than the average American.

“It identifies practical proposals for action and innovative solutions throughout the metropolitan territory, so we can at last effectively combat climate disruption, put an end to the large-scale erosion of biodiversity and reduce the impact of our lifestyles on the health of our fellow citizens,” the Paris Circular Economy Plan 2017-2020 Report read.

From my first day in Paris, I was bewildered to see how few public waste bins there were. But by the end of the trip, it became clear why there were so few waste bins.

Unlike Iowa City, Parisians generated less waste because single-use items are made recyclable. Instead of plastic cups cafes used recyclable cups; paper straws are given rather than plastic straws.

Because there were few fast-food chain restaurants, more people dined-in rather than eating on the go, eliminating the need for wrappers and bags.

Recycle bins or other methods of waste collection typically sat alongside trash cans.

Iowa City should try to follow Paris’ footsteps in reducing waste. Although transitioning to more sustainable methods of waste collection can be difficult at first, it is an important step we must make in creating a more sustainable environment.

During my brief visit in Paris, the aspect I found most surprising was the differences in work-life balance.

Unlike the U.S., where Americans typically work 40+ hours a week, France has a statutory 35-hour work week. In fact, many companies are transitioning to 32-hour work weeks.

However, the hustle culture of the U.S. tends to deter workers away from taking time off. In 2018, 768 million days of paid off time was left unused. That means 55 percent of Americans did not take all their time off.

The work-life balance differences between the U.S. and France influences the day-day life of citizens.

While exploring Paris, it was common to see people sitting outside at local cafes and restaurants throughout the day, unlike Iowa City where businesses sit empty throughout the day. There were also more families out doing activities during rather than sitting in offices and schools.

Compared to the hustle and fast-past culture of Iowa City, many Parisians value slow-living.

While Paris is a typical escape spot for many, the relaxed atmosphere is something Iowa City could benefit from.

Columns reflect the opinions of the authors and are not necessarily those of the Editorial Board, The Daily Iowan, or other organizations in which the author may be involved.