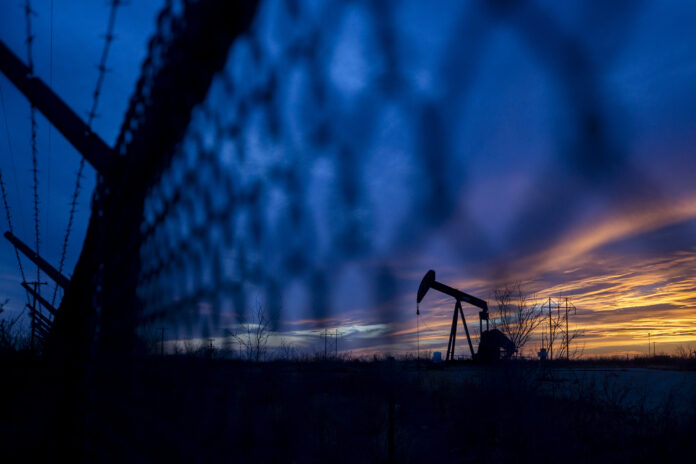 WASHINGTON Congressman August Pfluger said Tuesday afternoon that the embargo on Russian oil that President Biden had announced earlier in the day was “a good first step,” but it should be followed by an administration-backed ramp-up of energy production in the Permian Basin and elsewhere in the nation.

“Why is the president even calling Venezuela and Saudi Arabia when we need to unleash our production forces here at home and prioritize Midland over Moscow?” Pfluger said, referring to legislation he filed three weeks ago. “We have the capacity to do it and we need to cut the red tape and approve a half-dozen LNG (liquified natural gas) export terminals on the Gulf Coast between Texas and Louisiana.

“That would increase our LNG capacity by 20 percent.”

Having declared his admiration and support of Ukrainian President Zelensky following a visit to Ukraine just before Russia’s Feb. 24 invasion, Pfluger said Biden’s refusal to oppose the Nord Stream 2 natural gas pipeline from Russia to Germany by asking the United Nations to condemn it was largely to blame for the war. Germany halted the construction after the invasion.

Pfluger said Russian President Vladimir Putin’s desire to get control of Ukraine’s agriculture and its temperate seaport at Odessa. Ukraine, on the Black Sea “had to be part of the calculus,” but keeping the ability to pipe Russian natural gas to Germany and Europe was the main factor that cleared Putin’s way to invade.

“We must use American producers to regain our dominance on the world stage in the oil and gas industry, not only for our domestic needs but also so our partners and allies will not be dependent on malign actors like Russia, China and Iran,” the congressman had said in a news release.

In a Tuesday morning statement, U.S. Senator John Cornyn of Texas said Biden, while looking to ban Russian oil, was considering encouraging authoritarian governments like Venezuela’s to fill the American energy gap instead of harnessing production in his own country.

“There are media reports today that the administration is considering easing sanctions on Venezuelan oil to compensate for what we import from Russia,” Cornyn said. “But I have to ask why on earth would we trade one oil-rich dictator for another?”

“Instead, here’s a novel concept perhaps that the administration would consider: why don’t we boost our own production from here in the United States and sell it across the globe?

“It’s truly shocking that this administration is so against and so opposed to American oil and gas that they’d rather make it easier to buy oil from the Maduro regime than from here at home in America. It’s simply unfathomable and inexcusable.”

In his Tuesday news conference, Biden said the U.S. is “targeting the main artery of Russia’s economy” by banning imports of Russian oil in the latest sanction intended to punish Moscow for its invasion of Ukraine.

“We will not be part of subsidizing Putin’s war,” Biden said in the Roosevelt Room at the White House.

His announcement came amid rising pressure from Democrats and Republicans and it reflected a willingness to accept the political risk of rising gas prices to economically retaliate against Russia, the Associated Press reported.

Although Biden has tried to work in concert with European allies, he acknowledged that many are not announcing a similar ban because they’re more reliant on Moscow for oil and gas.

“So we can take this step when others cannot,” he said. “But we’re working closely with Europe and our partners to develop a long-term strategy to reduce their dependence on Russian energy as well.”