Dhirubhai Hirachand Ambani was born as Dhirajlal Hirachand Ambani, to a village school teacher in 1932. He matriculated from a college in Gujarat’s Junagadh while staying at a hostel. In his early days, India’s OG entrepreneur dreamt of owning a car or a jeep someday, but as fate would have it, ended up founding India’s most profitable company and became one of richest persons in the country.

Ambani migrated to Aden with his family and joined a French firm A. Besse & Co as a clerk. He climbed the corporate ladder to become in charge of retail marketing of the firm. His work took him to places such as Eritrea and Djibouti, which he thoroughly enjoyed.

Soon he returned to Mumbai and started Reliance Commercial Corporation with a total capital of Rs. 15,000 at an office in Bombay’s Bharat Bazaar. He began by exporting spices to Aden, where he had developed a network during his stint at A. Besse & Co and later branched out into imports of polyester yarn. The first office of Reliance Commercial Corporation was only 350 sq. ft. room, which only had a telephone, a table, and three chairs.

According to a 1997 article written by TN Ninan for India Today, the Ambanis spent much of the 1960s in a one-room chawl. As the business started to grow, Ambani wanted to start Reliance Textile Industries as a private company with a share capital of Rs 15 lakh but wasn’t able to do so. 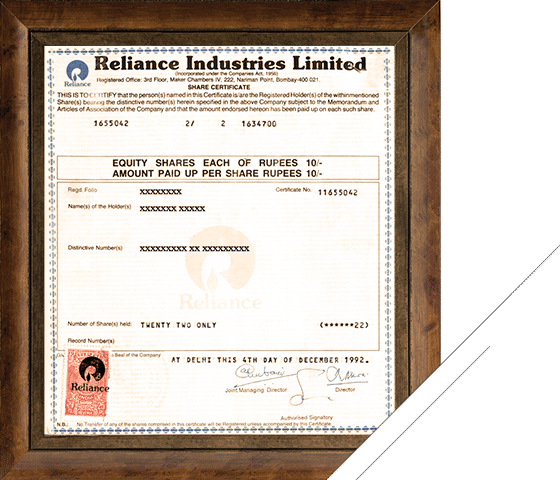 However, Ambani’s business of importing rayon and nylon yarns and fabrics made a lot of money in 1970s. In 1977, when banks refused to finance him, Ambani went public with Reliance Industries, and the rest is history.

Reliance Textile Industries’ IPO creates history by introducing the equity cult in India. The issue is oversubscribed seven times. The company’s shareholder base grew into lakhs

Under his leadership, Reliance Industries became the first Indian privately-owned company to be rated by international credit rating agencies such as S&P, Moody’s etc.

In 2000, Reliance commissioned the world’s largest grassroots refinery in a record 36 months: the Jamnagar petrochemicals and integrated refinery complex. The company entered the Infocomm business and brought about a revolution in mobile telephony in India. In 2005, Reliance made a strategic decision to reorganise its businesses through a demerger. Power generation and distribution, financial services and telecommunication services are demerged into separate entities.

When he breathed his last in 2002, Dhirubhai Ambani he was ranked by Forbes as the world’s 138th-richest person, with an estimated net worth of $2.9 billion.