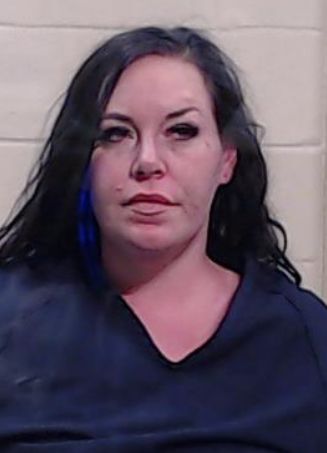 A 36-year-old woman was arrested after police say she choked her boyfriend.

Kristie Reena Mills was charged with assault by strangulation or suffocation (family violence), a third-degree felony.

The reported strangulation happened at 12:27 p.m. Dec. 18 in the 2700 block of Bagley Avenue, an Odessa Police Department probable cause affidavit stated.

The victim, identified as Curtis Lee Jenkins, told police that his girlfriend, Mills, had choked him and impeded his normal breathing pattern.

An argument between Jenkins and Mills got physical when Mills placed her hand around the front of Jenkins’ neck, which caused him to lose breath, the affidavit stated. Officers saw injuries on Jenkins’ neck consistent with his statement.

Mills was arrested and booked into the Ector County Law Enforcement Center on Dec. 18, jail records show. She has one bond totaling $20,000 and was still in custody as Monday afternoon.