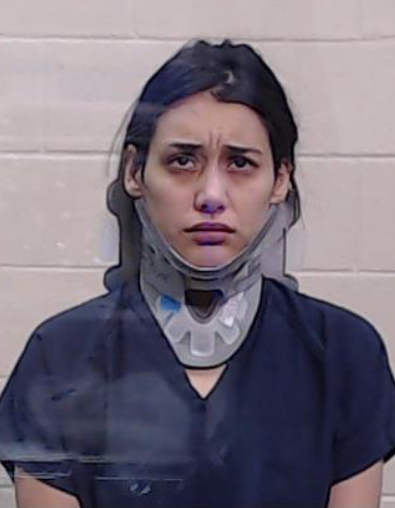 A 26-year-old woman was arrested after she reportedly collided with a traffic light while intoxicated and it hospitalized her and two other people.

The reported collision happened at 12:57 a.m. Nov. 27 near the intersection of University Boulevard and Grandview Avenue, an Odessa Police Department probable cause affidavit stated.

Officers reportedly learned a white Dodge Avenger left the roadway and collided with a traffic light, which caused it to fall into the street.

Officers reported they smelled alcohol coming from Marquez, the affidavit stated. Officers were unable to speak to Marquez due to her being unconscious.

Medical records were reportedly obtained, which showed Marquez had an ethanol level of .240.

Marquez was booked into the Ector County Law Enforcement Center on Dec. 5, jail records show. She had one bond totaling $15,000 and posted bail on Dec. 6.