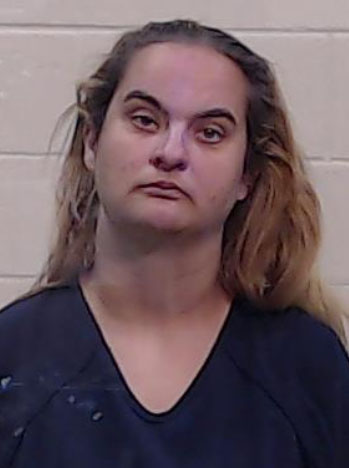 An Ector County Sheriff’s Office probable cause affidavit detailed a 27-year-old woman was arrested after she robbed her uncle with the help of two other people who wielded a rifle and a 5-inch knife.

Brianna Gardner, 27, was charged with aggravated robbery, a first-degree felony.

The complainant, Clifford Johnson, told deputies that he went to the area to meet his niece to loan her some money. Johnson’s niece was identified as Gardner.

Johnson stated he saw Gardner’s maroon 2004 Kia Sorrento with Oklahoma plates pull up and park behind him, the affidavit stated. Gardner joined Johnson in his truck to visit for a few minutes.

While visiting with Gardner, an unknown man with blonde hair approached the driver’s side window and stuck a long barrel rifle through the window into Johnson’s face, cutting him on the nose with the gun, the affidavit stated. A second man approached the passenger’s side of the truck with a 5-inch fixed blade knife.

Johnson told deputies that he grabbed the barrel of the rifle and began to struggle with the subject. When this happened, Gardner grabbed Johnson’s cellphone off the dash of the truck and began hitting him in the back of the head demanding his wallet.

Johnson stated he could hear the attackers demanding money and stating this is a robbery as he struggled with them, the affidavit stated.

Gardner pulled the keys out of Johnson’s pocket and exited the vehicle, returning to her vehicle as the man with the knife got into the passenger seat, the affidavit stated.

Johnson told deputies that he was in fear for his life and safety so he stopped struggling and reached into his right pocket, removed $404 in cash and handed it to the man holding the knife.

Both returned to Gardner’s car and all three of them fled the area with $404 in cash, a pocket knife and house keys that belonged to Johnson.

Gardner was arrested and booked into the Ector County Law Enforcement Center on Dec. 23, jail records show. She has one bond totaling $50,000 and was still in custody as of Wednesday afternoon.